Plastic In Hydroponics, Is There Any Transfer? 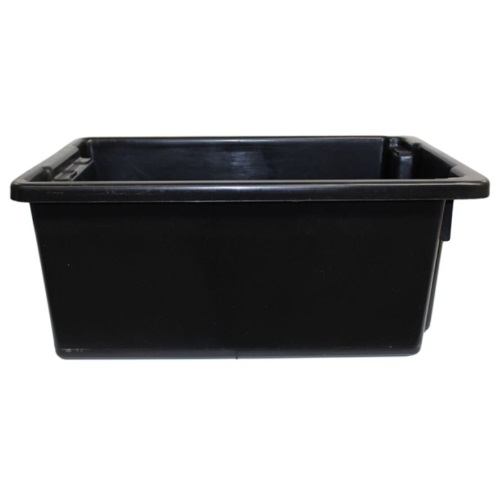 With plastic used throughout hydroponics and aquaponics, there is the possibility of an increase in exposure to dangerous chemicals depending on the type of plastic being used. It's known very small bits of plastic get into our food from plastic containers via 'leaching' and 'migration'. Virtually all food packaging materials contain substances that can migrate into the food they come into contact with. The amounts are said to be small, but almost any plastic container can leach trace amounts of plastics under certain conditions.

Heating food increases the amount that is transferred to food, for example in the microwave, or plastic containers in the sun. Migration also increases when plastic come into contact with fatty, salty or acidic foods. However, it is unknown how much actually gets into our bodies.

Most of the chemicals known to make the crossing into our bodies are considered to be safe? but this is generally because they haven't been proven to be unsafe. There is little published research on the potential adverse health effects of chemicals that leach from plastic food containers. Two chemicals that have the potential to cause harm to humans are bisphenol A (BPA) and phthalates (pronounced 'thal-ates').

Studies show BPA leaches from cans to the food inside, then is ingested into the bloodstream. It has been shown to be present in more than 90% of the population at a 'detectable' level. BPAs have the ability to disrupt the functions of hormones ? especially estrogen. BPA plastics are commonly:

Many studies show high doses of BPA disrupt reproductive development and function of laboratory animals. Levels in humans were believed to be too low to be of concern, but recent research suggests BPA has effects at much lower doses. In addition, the level of BPA in people frequently exceeded the levels shown to have affects in the rodents in the studies.

To reduce your exposure to BPA, consider:

Phthalates are a group of chemical "plasticisers" that are used in a huge variety of consumer products, from PVC pipes to perfume. With millions of tonnes produced annually, phthalates are everywhere. They're even in the indoor dust we breathe. Random sampling shows most people in the U.S. have detectable levels of phthalates in their bodies. Phthalates have been banned in the European Union since 2005. Nine other countries, including Japan, Mexico and Argentina, have also outlawed the chemicals.

Researchers believe most of the phthalates in our bodies come from food, but they don't know exactly how and in what amounts. According to studies phthalates on crops might accumulate in the livestock we eat. Phthalates in plastic packaging could also leach into the food inside.\n\nAvoiding phthalates is tricky, because they're so widespread. Even those using PVC piping in their hydroponic systems as grow channels are likely to have an increased exposure. To reduce your exposure: read on.

To reduce your exposure to the chemicals in plastic, use these strategies: